Want to learn how to create comedy characters for online clips and live gigs?

Maybe you already have a character you want to develop further?

Or maybe you’re looking for a new challenge and an exciting way to be creative?

If so, this inspiring and insightful course is for you.

On the course you will discover:

You will also receive loads of individual performance and writing advice.

Please note, if you’re interested in writing characters for a sitcom script, while you might find this course helpful, it is specifically designed to explore the creation, development, and performance of comedy characters for short online clips and live comedy gigs.

Luke Toulson has been writing, directing, and performing comedy for over 15 years. He performs at the biggest and best UK comedy clubs, has appeared on Russell Howard’s Good News, and regularly writes for comedians featuring on Live at The Apollo and Mock The Week.

“Luke is a brilliant teacher - encouraging, clear, and very funny. In one session, he concisely put into words what would have taken me months to figure out on my own. He breaks down comedy in a simple and pragmatic way. I still look back on my notes from that course to get unstuck when I’m struggling with a new bit. Can’t recommend him enough.”

“Rather than imposing a one-for-all joke formula, Luke’s special ability lies in recognising the trajectory of your performance, giving specific advice that will undoubtedly propel you forward.”

“I did an Improvers Course with Luke and found it to be helpful and inspiring. His manner is both friendly and professional, putting everyone instantly at ease. The content was well-structured, interesting and varied with writing exercises, practical work, and getting the benefits of his expertise as a comedian, director and actor. Luke is a brilliant communicator with so much experience which he shares generously. Luke is a genuine man as well as an excellent comedian and is great at analysing a comedians act and tweaking it, giving great feedback. It is obvious that he is serious about his art whilst always being approachable. I found the course very encouraging, and useful and would recommend him as a teacher to anyone.”

To enquire/pay for this course, please contact Luke directly on coachtoulson@gmail.com 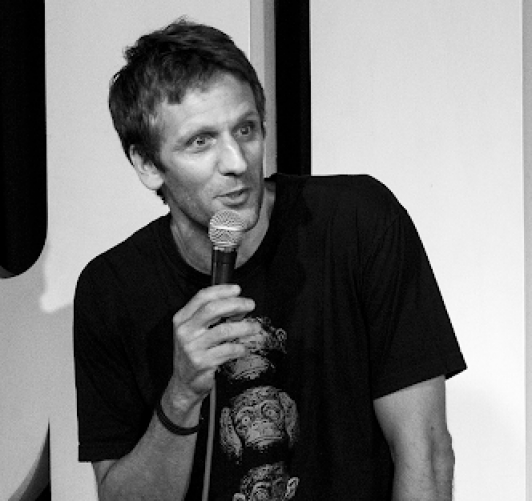