A work in progress split bill, straight out of the London gay stand-up scene.

PAUL MOORE is a member of Soho Theatre’s Young Company, and part of the team behind ITV2’s The Stand-Up Sketch Show. He also got Tila Tequila thrown off Celebrity Big Brother.

About ‘The Gay Sex Guide for Straight People’:
Remember your gay sex education class? Of course you don't! Join Paul Moore on this irreverent take of the gay sex ed class that never was. What is a douche, if not an insult? How do you recharge your power bottom? And why is any of that important? With Section 28 still casting its long shadow, and year-round protests against LGBT+ education in schools, there has never been a more important time to find out.

DANIEL MATTHEWS is a friendly and honest comedian looking behind the curtain to expose the ridiculousness of life. Funny and camp humour with a heart, Daniel can be found MC'ing Strange Brew Comedy in Deptford, hosting one off shows, and occasionally getting his c**k in a frock as the marvellous Kate Bouquet.

About ‘Year’:
“To celebrate making it a year sober, I’m going to be putting on a show. As comedy was all I did whilst getting sober, it only seem right to close it this way. YEAR is about self realisation, discovery and care. Bringing an honest comedy style to storytelling and observations. This show is a confessional safe space to poke some fun at our failures, life and each other.”

Pay What You Want at the venue. 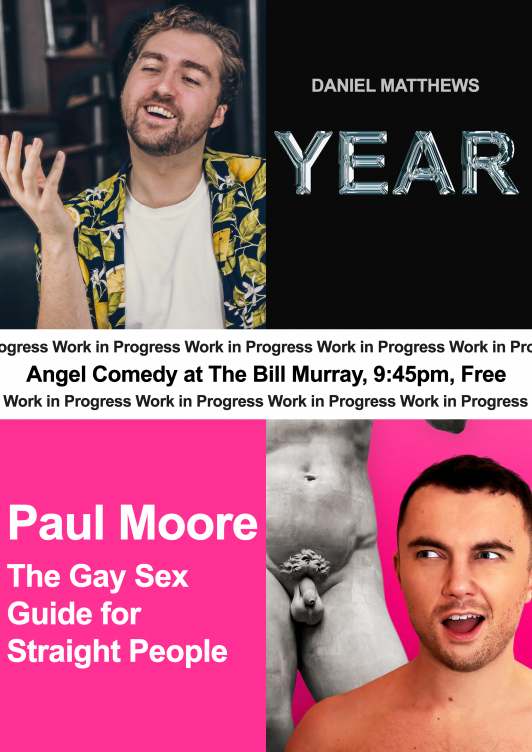