Comedy Store headliner, BBC regular & new dad Alistair previews his new show about being a man bringing up a man in a world run badly by men, before taking it to The NZ Comedy Festival. ‘A no frills master of his craft' ★★★★★ - The Scotsman

After critically acclaimed performances of his show ‘The InternationAL’ in Melbourne and Edinburgh and a sold out run at the 2019 New Zealand Comedy Festival, Alistair Barrie returned to the UK and his family. Shortly afterwards his wife gave birth to their second child, a son. The rest of the year whizzed by in a blur of nappies, laundry and snot, conducted in an atmosphere of catatonic tiredness and marital tension. Meanwhile, another man baby was impeached while his mini-me was handed the keys to Downing Street.

‘Manstrong’ is Alistair’s new show in which a not terribly manly man tries to work out how to raise a man to be the best man he can be in a world ruled by strong men. They seem to be doing a terrible job. Can he do any better?


Alistair Barrie has been one of the top headliners on the international comedy circuit for almost two decades. A BBC radio and TV regular, he is a member of the highly regarded ‘Cutting Edge’ team at London’s world famous Comedy Store. He has performed in over 40 countries including America, Australia, New Zealand, South Africa, Hong Kong, India and throughout Europe and the Middle East. He has twice been nominated for best show at The Edinburgh Festival. 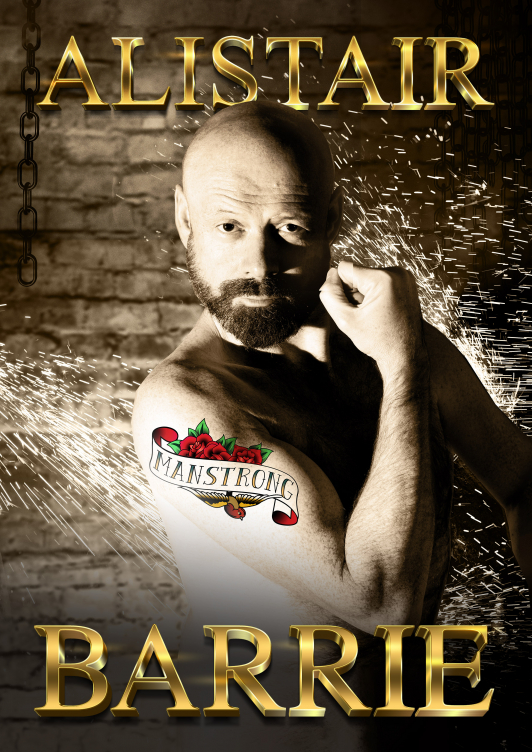