Fingers on Buzzers is the first UK podcast all about quizzing. Brought to you by comedian and keen amateur quizzer Lucy Porter, alongside ITV's The Chase's very own Vixen, Jenny Ryan.

Fingers on Buzzers is the first UK podcast all about quizzing, with a good dose of comedy thrown-in.

Brought to you by comedian and keen amateur quizzer Lucy Porter, alongside The Chase's very own Vixen, Jenny Ryan.

And now the team have decided it’s high time they took the show to the live show arena, alongside special guest NICK HELM!

Whether you’re a Pointless armchair aficionado, nostalgic for the days of Going for Gold, or a bona fide Mastermind, this is the show for you.
As listeners will already know, the show is brimming with quiz knowledge, tips and top guests who work behind the scenes on some of the countries biggest TV quiz shows, as well as lively chats with the likes of Richard Herring, Rick Edwards, Ben Shephard and the one and only HENRY KELLY!

So, join Lucy, Jenny & special guests for a night of quiz, comedy and general tomfoolery. 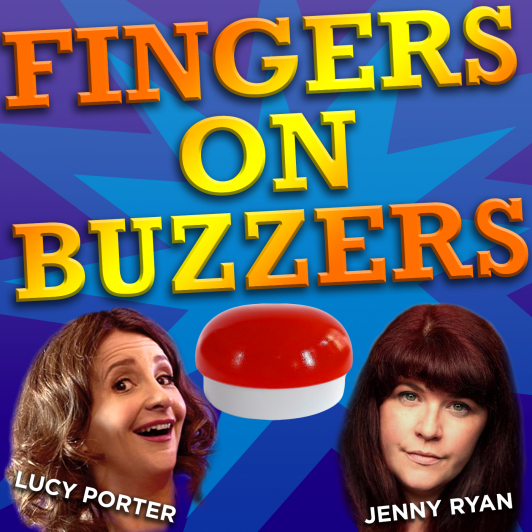