Martin Maloney of Hardy Bucks (RTE/Netflix) comes out of character to perform his one man show. Not only does he play himself, but a whole host of quirky bastards that you couldn't actually make up. A cerebral voyage from past to present life. Observing passing fads, family, and modern life.Describing the culture shock, of moving from suburban Merseyside to rural Ireland as a teenager.  Come on in. Enjoy yourself. Maloney's got your back!

Martin Maloney is most known for playing Eddie Durkan in (RTE/Netflix) Hardy Bucks. Arguably the best Irish comedy series since father Ted. Martin started his comedy career while at school. Sure he wasn't being paid for it, but he was honing his comedy chops. Frequently sent to the principles office for his passion. Now, well into grown-ass adulthood, he's going strong!

Fans of the the show might be surprised to hear his natural accent. But all will be revealed, as we journey through his colourful past and into the present. Painting a host of impressions, real life nutters you never thought existed. Pop cultural observations, the modern age and spending a lifetime fighting off the allure of trouble.

Blending the spiciest ingredients of rural Ireland, Merseyside and Algorithmic Stockholm to form an irreverent, lush ginger fruit cake. With a drop of live music to polish it off.

Fun and exciting. It'll take you anywhere. Like riding shotgun in a Golf GTI with a mashed Philly Mitchell. 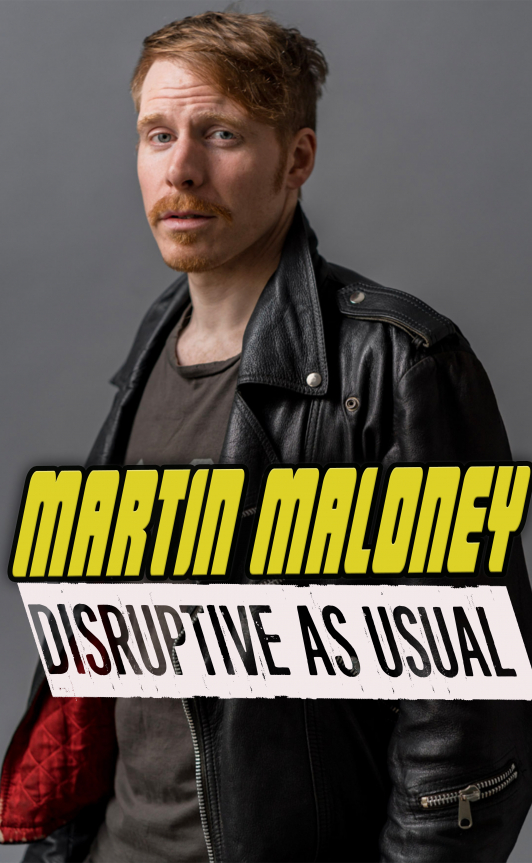