Future Nobel Prize Winners, Chloe Petts “inexhaustibly funny mind” (Diva Magazine) and Maddie Campion "very inventive and dry writer" ★★★★ (Funny Women) have some fun on a Saturday afternoon; you should join them and have fun too!

£3 to reserve a seat or Pay What You Want at the venue.

Chloe Petts and Maddie Campion test out bits of their new shows. Come on down for an afternoon treat!

Chloe Petts’ “inexhaustibly funny mind” (Diva Magazine) and “compelling presence” (Steve Bennett, Chortle) has established her as one of the most exciting new acts on the circuit.
Chloe is an alumna of the prestigious Pleasance Comedy Reserve, has been shortlisted for the BBC Comedy Award, was a finalist in the most recent Leicester Square New Comedian of the Year Awards and came runner-up in the Funny Women Awards 2017.

Maddie Campion is a "very inventive and dry writer" ★★★★ (Funny Women), with "fresh faced delivery and sprinkling of quirkiness" (The List), she has also previously been shortlisted for BBC New Comedy Award, appeared on BBC Three, Radio 4 Xtra, and completed a run of a 45 minute show this past Edinburgh Fringe at the prestigious Gilded Balloon. 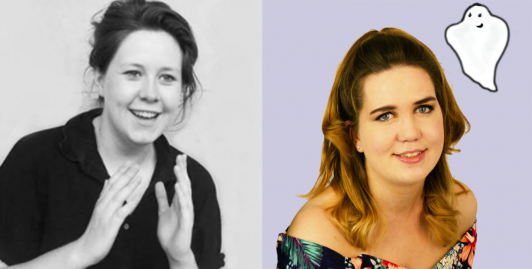