4 of the VERY BEST Australian comedians in the UK all in the one place. A sell-out at Edinburgh Fringe 2018 & 2019, hosted by tracksuit enthusiast Daniel Muggleton.

£7 to reserve a seat or Pay What You Want at the venue.

That's not an Australian comedy show, THIS IS AN AUSTRALIAN COMEDY SHOW! Catch the funniest Antipodeans as part of AC/DC: Australian Comedians / Dope Comedy in the afternoon at The Bill Murray, Angel. If you're an Aussie looking for a friendly accent, a British person trying to save yourself the 22 hour flight come check it out! Previous acts include Anne Edmonds, Guy Montgomery (NZ), Josh Glanc, Ray Badran, Alice Fraser, Laura Davis, Alex Williamson, Dilruk Jayasinha, Simon Taylor and many more! All hosted by tracksuit and moustache enthusiast Daniel Muggleton! 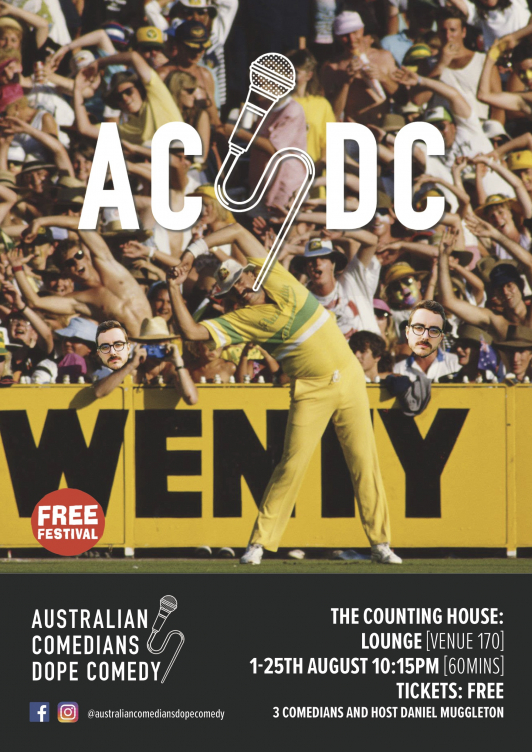