Australian comedian Daniel Muggleton's joke woke enough to know he's an asshole - but who wants to be a hero these days anyway? See him record his best material from 2 years living in the UK before his VISA expires. 'Real talent on show' ★★★★ - Shortcom

Australian comedian Daniel Muggleton's joke woke enough to know he's an asshole - but who wants to be a hero these days anyway?

In 2019, Daniel released his debut special 'Let's Never Hang Out' on Amazon Prime, he's also supported Tom Stade, Steve Hofstetter & Alex Williamson on tour and performed at the End of the Road, Y-Not & Tramlines music festivals. This in addition to regularly headlining comedy clubs in the UK & Europe, the AC/DC: Australian Comedians / Dope Comedy showcases and his weekly podcast 'The Union Jack Off with Daniel Muggleton'.

He's recording his show 'Pimpin' Ain't Easy (But I Reckon it's Easier for Straight, White Men?) with a couple of his best bits from 2018 in one final UK performance before his VISA runs out.

"Muggleton has a unique ability of absolutely annihilate you and everything you stand for, and somehow leave you smiling."
JOE.co.uk 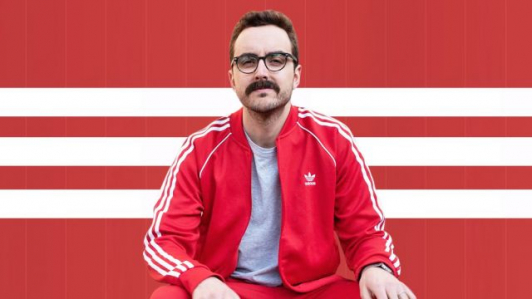