After his sell out show at the Bill Murray in 2018, Australian comedian Matt Stewart is back with an all-new stand up hour.

'Matt Stewart amplified, proving himself an even more off-kilter thinker, with a thoroughly engaging way of presenting his distinctive ideas.' Steve Bennett, Chortle

'One of the most purely funny comedians in Melbourne, Matt Stewart's trademark bone-dry delivery belies a brain for comedy with few rivals.' Pedestrian.tv

'Humdinger of a comedian.' Weekend Notes

Matt is a Melbourne based stand up comedian.

He has been writing, directing and creating comedy since 2009. Starting his career as a community TV and radio presenter, he went on to be a founding member of the Stupid Old Man sketch group and a Company Director of comedy production house Stupid Old Studios. In his role as director, Matt works alongside some of the country’s biggest names in comedy to write and direct content for stage and screen. In 2017, he has also been popping up on screen in shows like Ronny Chieng: International Student, Comedy Up Late, Sammy J’s Democratic Party and Why Are You Like This?

In 2013 Matt started performing stand up comedy, quickly hitting his stride and winning Australia’s largest open mic stand-up comedy competition, RAW Comedy, in 2014. In 2017 he completed sell out runs at Melbourne Fringe, Perth Fringe World and Melbourne International Comedy Festival with his debut solo stand up show “Pretty Dry”. He continued this success in 2018 with his show “Dry Ginger Male” with sell out shows at Fringe World, Adelaide Fringe, Brisbane Comedy Festival and the Melbourne International Comedy Festival. In 2019 he staged his third solo show Bone Dry in Perth, Adelaide, Brisbane, Melbourne and Sydney to sold out crowds.

He has toured Australia regionally as part of the Comedy Festival Road Show and in 2018 performed a sell out show in London while on a sold out tour with his popular podcast. The podcast, Do Go On, has just celebrated 200 episodes and has had millions of downloads worldwide. They are about to embark on their second sold out tour of the UK and will be touring Canada in 2020. 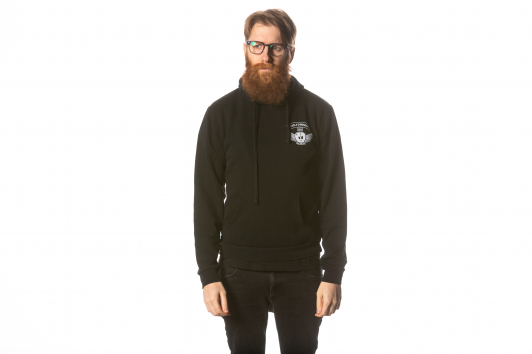