Ed Aczel: Artificial Intellect humbly offers an unfulfilling and unnecessary group therapy session to bring joy to the hearts of fans, friends and plain audience members – a unique and different experience every day (one joke included).  “Britain’s Greatest Entertainer” – The Guardian. ★★★★ 'A master of his genre' (Kate Copstick, The Scotsman).  ★★★★ 'Deliberate and expertly done' (Claire Smith, The Scotsman).  ★★★★ 'Deadpan dynamo' (The Mirror).

Some people think Ed Aczel is real, some people just think he is a bad character comedian, the truth is a little more complicated, although one thing is for sure is the real Ed Aczel is definitely in there “somewhere”.

The Award-winning anti-comedy legend, actor and writer brings his brand-new show to the Edinburgh to try and rationalise the world around us. By combining the big (i.e. the advent of unisex toilets) and the small (the inevitable apocalypse) – as a group, we can then work out where we all go to next?

Ed Aczel Artificial Intellect - humbly offers an unfulfilling and unnecessary group therapy session to bring joy to the hearts of fans, friends and plain audience members – a unique and different experience every day (one joke included).

Ed promises to come up with a big idea to hang the whole thing on – but probably it'll be based on a loose set of unconnected themes with no real purpose. There'll be a demonstration of Ed's acting skills, the odd political impression and the apocalypse included in the standard package.

An unsatisfying experience to both perform or to watch. But then... all things must pass.  “Come and be part of the dream”

His 2017 show is available to stream on NextUp Comedy and Amazon Prime.

Ed is also a prolific actor for both TV and Film.

2018 Film acting credits include parts in “The Favourite”, “The Crown” and “Picasso” – He also acted opposite John Cleese in sitcom “Hold the Sunset” and has first sitcom pilot with Tiger Aspect, a collaboration with Joz Norris entitled "Ed & Joz‘s Heist Movie".

Their Double Act show – Ed And Joz’s Deleted Scenes – is at the Dragonfly 8.40pm daily. 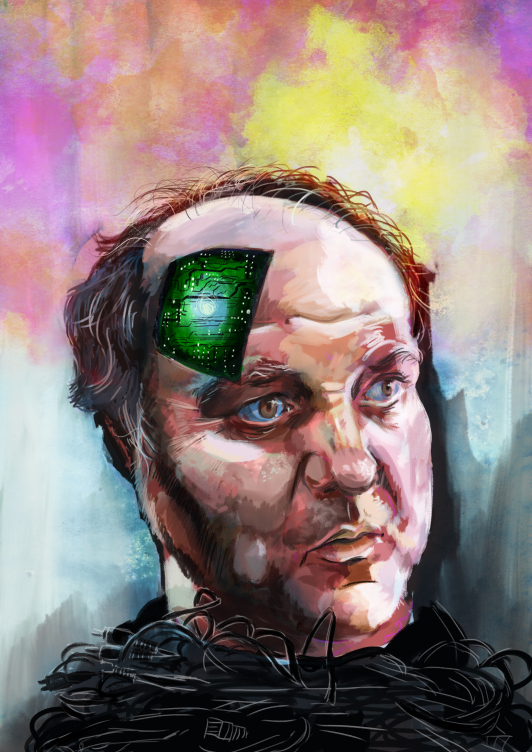