LA cult favourite and Tim and Eric collaborator, DJ DOUGGPOUND makes his solo live London debut. Best known as Tim and Eric's editor, and for his work on Time and Eric's Awesome Show, Great Job! as well as The Eric Andre Show and Portlandia.

His Adult Swim pilot, The Pound Hole, was as an official short film selection for the 2016 Sundance Film Festival. Doug co-hosted the wildly popular podcast The Champs, opposite Moshe Kasher and Neal Brennan, and now hosts his own podcast, The Pound Cast. Doug can currently be seen in the leading role of the JASH Network series Pound House and performing live around the globe. 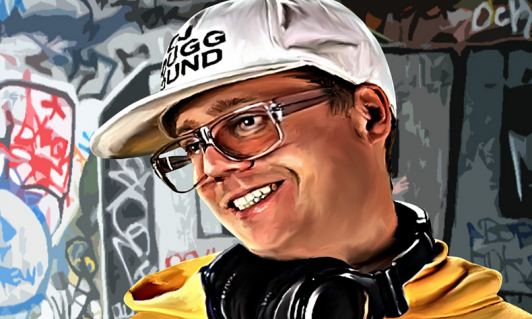