Elf Lyons is a 6ft surrealist clown - she invites you to see a work in progress of lots of cool material and games before she goes on tour this September....

Elf Lyons is a 6ft surrealist clown - she invites you to see a work in progress of lots of cool material and games before she goes on tour this September....

EDINBURGH FESTIVAL BEST SHOW NOMINEE 2017
​
MALCOLM HARDEE AWARD FOR COMIC ORIGINALITY NOMINEE 2017
​
BRITISH VOGUE'S '20 NAMES OF NOW'
​
BBC NEW TALENT HOTLIST
​
MAN UP - DRAG KING - FINALIST 2017
​
"A fantastic comedic success."
Edinburgh Festival Magazine
​
“Lyons has genuine funnybones – a surprisingly rare commodity even in comedy”
Chortle
​
"A natural clown [...] so charismatic you can't take your eyes off her"
i Paper
​
"This is comedy as enchantment, a show so beguiling that you don’t just love it, you somehow fall in love with it."
The Scotsman​

​
“The most wonderful stand-up comedian I have seen this year.”
Young Perspective
​

"If you prefer your comedy going to the edge then toppling right off that edge try Lyons." 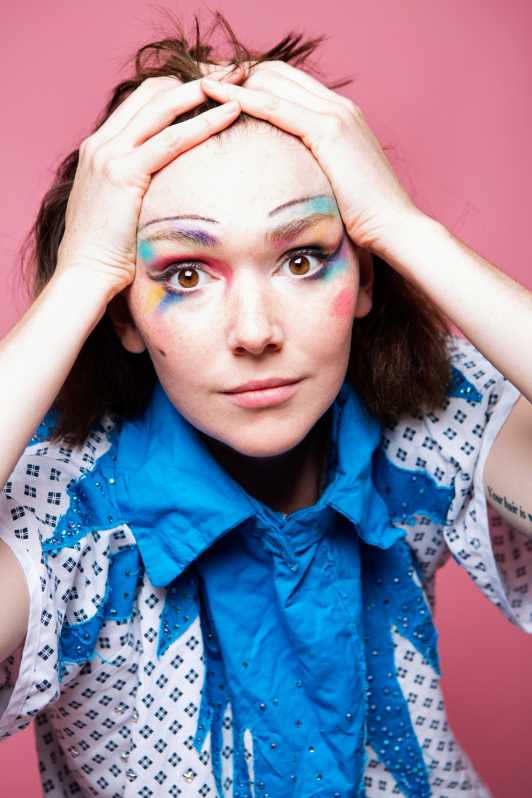