We're back for another Afternoon of Delicious Comedy!

This time with these amazing talents and delights:

Devastatingly original character comedy duo Róisín and Chiara are ‘a pair of improvising geniuses’ and Ones to Watch 2016 (Funny Women).

“The Mighty Boosh on acid”  ★★★★ BroadwayBaby

Ali is a regular fixture of the London comedy circuit known for his "side-splittingly comical" characters (The Upcoming) as well as a member of the Weirdo's Comedy Collective of alternative comedians.

Serena is a Lecoq trained clown, actor and comedian. According to het Twitter bio she "Generally fannies about on stage." and  "Does good impression of Berocca dissolving in a glass of water."

Jamie Fraser is a writer, stand-up and sketch performer, as well as a recent graduate of the Cambridge Footlights. He has performed sketches and stand-up in Edinburgh, Manchester, London, Paris and Heidelberg and co-wrote and directed The Footlights International Tour Show, which toured both coasts of the United States. Part of the sketch comedy group Princes of Main.

Self-proclaimed as ‘The Nation’s Beefheart,’ comedian and semi-professional bodybuilder Jayne Edwards is a prolific performer on the Northwest comedy circuit.

“At times she seems like a creation of Tim & Eric, with misplaced confidence and acts of sheer ridiculousness, surprising audiences who initially took her as a strange introvert. A unique comic”. The Skinny 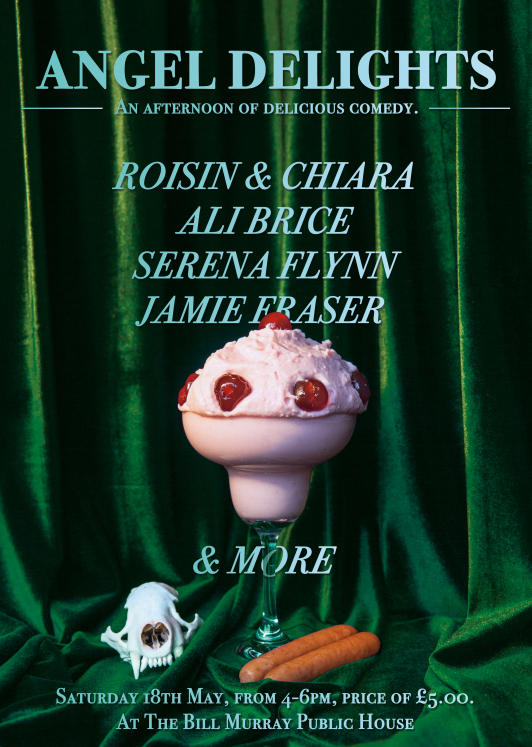