As seen on BBC Three, Dave, BBC Radio 4, 5Live and Radio X, award-winning comedian Chris Stokes shows his workings as he prepares a brand new solo stand-up show for 2018.  “Very gifted… Has the talent to one day have the world at his feet” ★★★★ – The List

Chris has been performing stand-up professionally since 2009. Currently named on the 2017 BBC New Talent Hot List, Chris is a regular on the comedy circuit and has supported the likes of Milton Jones, Pete Firman and Stewart Francis on tour, appeared on ‘Dave’s One Night Stand’ (Channel Dave), BBC Three, BBC Radio 4, 5Live and Radio X (formerly XFM) and taken four critically acclaimed solo shows to the Edinburgh Fringe Festival.

With a hilarious and erudite turn of phrase, he has been described as playing on social misconceptions, dismantling them both on stage and on the page via gag-packed first-hand anecdotes and told with a charming and offbeat sincerity.

Also a talented actor and writer, Chris has starred in a number of plays, both comedy and drama. Last year he wrote and starred in an online short for BBC Three – ‘The Top Ten Worst Things People Say To Vegans’ and most recently released another short sketch for BBC Three’s ‘Quickies’ series, earning top viewing and sharing figures.

Chris is currently working on a number of projects across both television and radio, alongside writing for his 5th solo show set to debut at the Edinburgh Fringe Festival this August.

“Real talent… It takes some flair to mix script, tangent, conversation, heartbreak and make it all look so effortless” ★★★★ – The Skinny 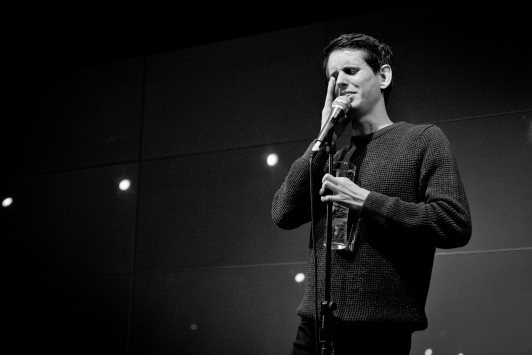